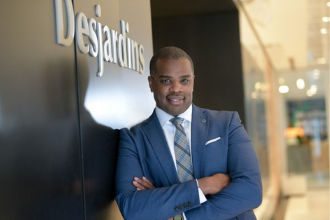 In January, the worst of the pandemic seemed to be over. Leading central banks and economists around the world baked a pinch of optimism into their forecasts. Yes, inflation would still be higher than usual, but economists including Desjardins Chief Economist Jimmy Jean expected it to start declining by mid-year.

Instead, 2022 came with a series of plot twists resulting in the highest inflation in 40 years and larger than expected interest rate hikes.

“It’s been a story of serial surprises on inflation,” Jean said in a conversation about what’s happened in 2022 so far and what to expect for the rest of the year. Jean talked about what triggered such high inflation—namely the invasion of Ukraine, ongoing supply chain strains and the reopening of the economy. He also explained why the Bank of Canada is expected to aggressively raise interest rates until fall, how this will hit the housing market and why the odds of a full-blown recession this year are low.

At the beginning of the year, most economists believed rising inflation would be temporary, Jean said. Supply chains were expected to normalize as pandemic-related effects on global production subsided.

Then in February, Russia invaded Ukraine. It was the first in a series of shocks that led to persistent inflation.

“We continue to see shock after shock, such as China’s zero-COVID policy and the war in Ukraine,” Jean said. “That’s part of the reason the transitory story proved to be wrong.”

The ongoing war continues to snarl supply chains and put pressure on oil prices. Energy production capacity has been further constrained, and OPEC+ producers have struggled to hit their targets. As such, Desjardins expects oil prices to finish the year above the $100 per barrel mark, up from previous estimates in the mid-$90 range. Meanwhile, COVID-related supply chain issues continue, keeping the price of certain goods and production inputs elevated.

Sky-high inflation to stick around

In May, inflation hit 7.7% in Canada and 8.6% in the United States, with the spikes in consumer prices largely driven by high gas prices.

Desjardins expects inflation to peak sometime in the second half of the year, Jean said. But it’s small relief, as Desjardins forecasts inflation to end the year at 6.3% due to high oil prices, a strong job market and ballooning rents.

“Now they have to react more forcefully,” Jean said.

In mid-June, the US Federal Reserve surprised markets by raising the federal funds rate by 75 basis points to the range of 1.5% to 1.75%. In mid-July the Bank of Canada is expected to announce a hike of 75 basis points as well, something Jean believes it should have done on June 1. He still predicts that the Bank of Canada will finish 2022 with an overnight rate of 2.5%.

“They’re going to have to be more cautious because we have a very rate sensitive economy here in Canada,” Jean said. “They’ll want to avoid blowing past neutral.”

More than a quarter of Canada’s economy is tied to housing and interest rates, Jean said. When Canada’s rates went up in 2017 and 2018, there was a significant pullback in growth and inflation as spending dropped on residential construction, real estate transactions and renovations.

“Those interest rate hikes do bite,” he said.

Canadians are among the most heavily indebted consumers in the world. That means interest rate hikes will be especially painful for the average Canadian consumer as they spend more to pay back their loans. Lower income households in particular are feeling the pinch of higher prices for gasoline, groceries, rent and utilities.

Right now, fewer people can afford to buy a home and workers are moving back downtown to work in the office part time. As a result, Canadian home sales and prices fell three months in a row this spring, and the rental market is heating up.

“We’re pretty confident in our prediction that this is early innings,” Jean said, adding he believes the real estate market will hit bottom at the end of 2023.

“It’s never been as expensive for somebody earning an average income to get into the housing market,” Jean said. “What really needs to give here is prices.”

This is unfortunate for people who bought at the top of the market. But it could be good news for first-time buyers who represent almost half of annual housing transactions, Jean said. Over the past few years, buyers desperate to get into the market forwent home inspections, took part in bidding wars, bought homes sight unseen and stretched their budgets to the limit.

“To see those behaviors and that kind of psychology disappear a little bit will be good because you definitely were seeing some excess,” Jean said.

Desjardins expects prices to drop by 15% percent. At the end of 2023, prices should still be about 30% higher than they were at the end of 2019, but the pandemic real estate “froth” will likely have melted away. However, affordability improvements will be limited by low housing supply, Jean warned, since Canada has the fastest demographic expansion in the G7.

The stock market has been even more volatile than predicted this year thanks to rapidly rising interest rates and investor expectations that they’ll go even higher.

This deeper contraction is a result of the aggressive turn in monetary policy, Jean said. But it’s not all bad news for Canada. The country is in a relatively good position given its exposure to commodities, especially energy, as the changing geopolitical landscape favours Canadian exports of liquefied natural gas and oil.

The bear market has been hard on tech stocks, but Jean said there’s still a lot to like if you take a medium-term perspective. There could be investments in big data and artificial intelligence to help with supply chain problems, he said. “We’ve seen broad-based declines, but when the dust settles, investors will discover well-positioned tech companies that are trading at a bargain,” Jean said.

Odds of a recession still low in 2022

Even with the challenges ahead, Jean thinks the odds of a recession are still relatively low this year.

“We have a strong labour market. That helps tremendously. That’s actually the key for everything,” he said.

Wages are increasing, particularly for jobs that tend to be at the lower end of the pay scale, he said. Canada’s unemployment rate is at a record low of 5.1%, and employers are saying they’re struggling to find workers. As such, more people are getting raises as employers entice them to stay.

That said, he does expect spending to slow once the “reopening honeymoon” is over and people stop splurging on activities like dining and travel. That could spark business closures or layoffs late this year. Those factors, along with higher interest rates hurting the housing segment, could mean significantly slower economic growth in 2023.

If that were to turn into an outright contraction, Jean predicts the government will be inclined to use some pandemic tactics like wage subsidies to try to soften the blow. Canada is still in a comparatively good fiscal position despite its unprecedented spending during the pandemic, giving the federal government some flexibility to roll out programs to speed up the recovery.

“If governments act to limit that income drop, it would make a recession much softer than otherwise,” he said.

Over the longer run, faster productivity growth will be the solution to many current economic issues, Jean said. But for that, growth in business investment will need to be stronger than it is now.

If you need advice, do not hesitate to contact your Caisse advisor by email at caisse.sante@desjardins.com