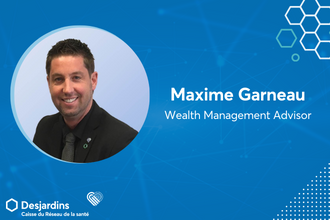 Historically, the numbers go up

It’s impossible to know when the bear market will end and when the bull market will begin. This was true 100 years ago, 25 years ago and 2 months ago, and it’s still true today.

Shortly after a big stock market drop, there’s often an equally sharp rise before positive momentum picks up again. Although past performance doesn’t guarantee future results, we see this decade after decade.

This table shows the performance of a $10,000 investment.
We can see how the investment performed at the start of, during and 5 years after the 2007-2009 crisis. Note that the return became positive again.

Notes: The values shown are in Canadian dollars. The peak dates were determined based on the market index without currency conversion to reflect the actual movement of the selected market. The initial investment dates of each index are different, because each index peaked on separate dates: Canadian market (S&P/TSX) on June 18, 2008, US market (S&P 500) on October 9, 2007, and the international market (MSCI EAEO) on October 31, 2007. On each of these dates, a $10,000 investment was made. The market low date is the same for all 3 indices: March 9, 2009. The valuation date is 5 years after that: March 9, 2014. The data used for these calculations comes from the Morningstar Direct database and is based on total return indices, including dividend reinvestments.

What goes down must come up

Believe it or not, markets often deliver the best returns right after huge drops (aka market corrections).

That’s why we advise investors with long-term horizons to keep their investments. They’ll fare better when the markets pick up again.

If you need advice, please contact us by email at christina.hyppolite@desjardins.com. We are here for you!